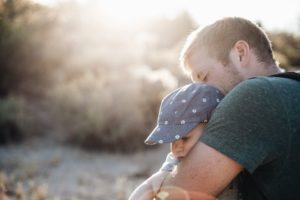 A recent paternity case in Florida involved a young man who discovered his girlfriend was pregnant.

In preparation for the birth of his son, he painted the walls of a bedroom.  He filled them with characters from a Disney classic.  Weeks before the child’s birth, he planned a baby shower. His girlfriend,  at the top of the guest list, never showed up.   She didn’t return his phone calls or texts.  This was the end of his experiencing the joys of fatherhood.

There was no question that that the man is the child’s biological father.  However, he has no right to see him, talk to him, support him or help raise him. The girlfriend is married to another man.  The couple want to raise the child together, and by law the biological father has no claim to the child.

‘A man who may have contributed his DNA to a child has no statutory or constitutional right …’ — Judge.  If the child is born in an intact marriage and if the husband and mother want to remain married the (biological) father has zero rights.  Florida law is steeped in the notion that no child should suffer the stigma of illegitimacy.  Despite the prevailing notion that the best interests of the child should be the deciding factor in custody matters, Florida embraces the child’s right to legitimacy as the prevailing factor in these cases.  The law reasons that no one should be able to come in and disrupt the sanctity of the marriage, as it is the child’s right to have legitimacy.

In this recent case, the relationship between the father and his girlfriend was very close. They worked together and lived together for roughly six months after she became disillusioned with her marriage. Even after the girlfriend returned to her husband, they remained friends. The father went with her to her obstetrician appointments, where genetic testing proved he was the baby’s father. He paid some of the doctor’s bills and offered to help her outfit a nursery. He even reached out to her husband.

That harsh truth came when the judge rejected his petition for paternity and threw out the case.

“Where the paternity of a child born to an existing marriage has been so acknowledged and where the husband and wife have decided to raise the child of their marriage and to accept all the rights and responsibilities of parenthood, a man who may have contributed his DNA to a child has no statutory or constitutional right to intrude into the private decision,” the Judge wrote.

If you require the immediate services of a highly experienced and aggressive attorney, please call for a FREE CONSULTATION